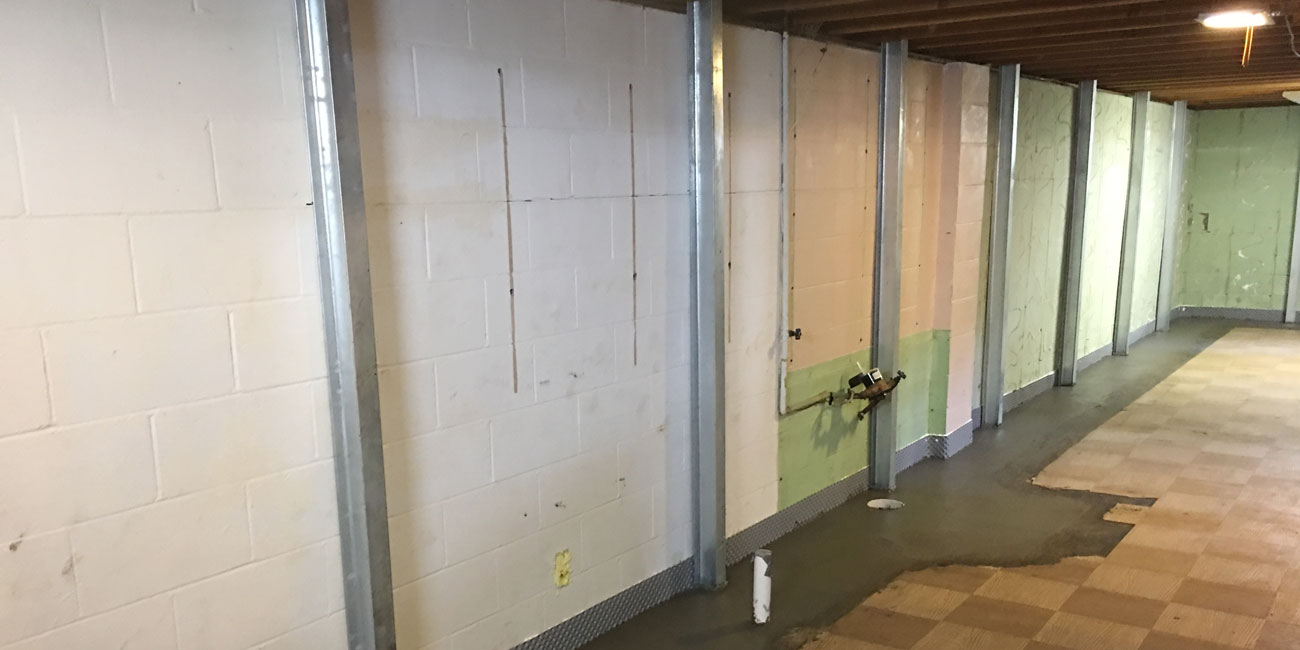 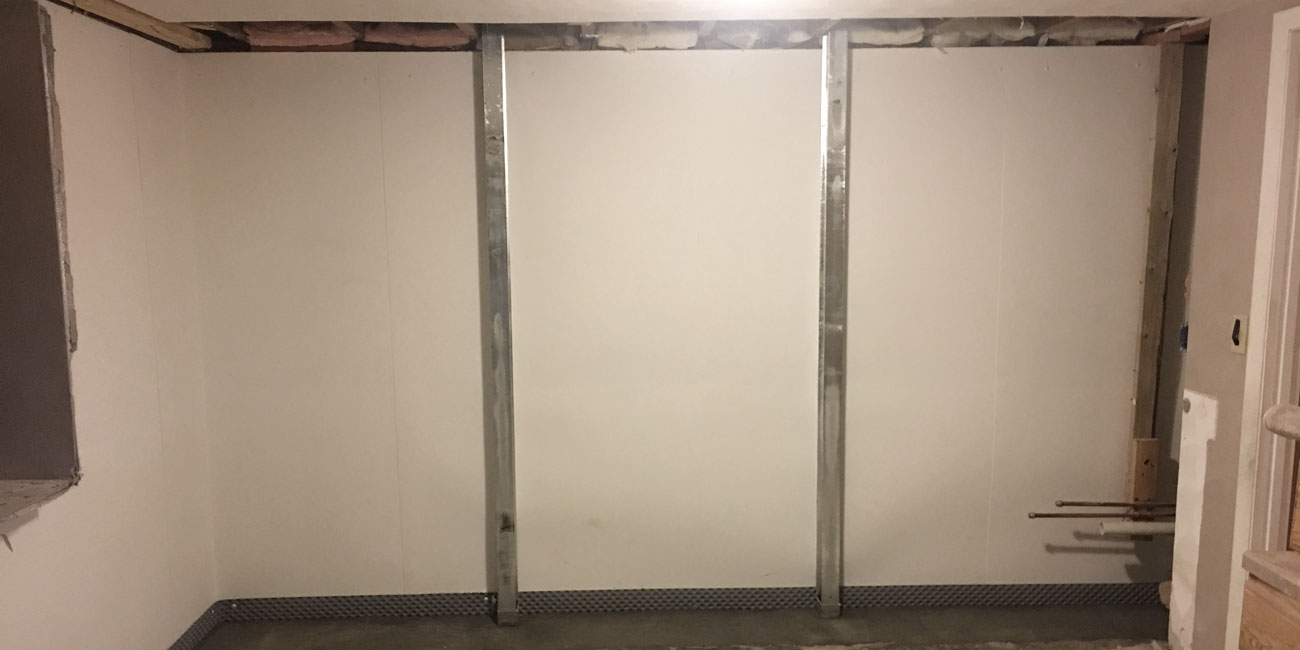 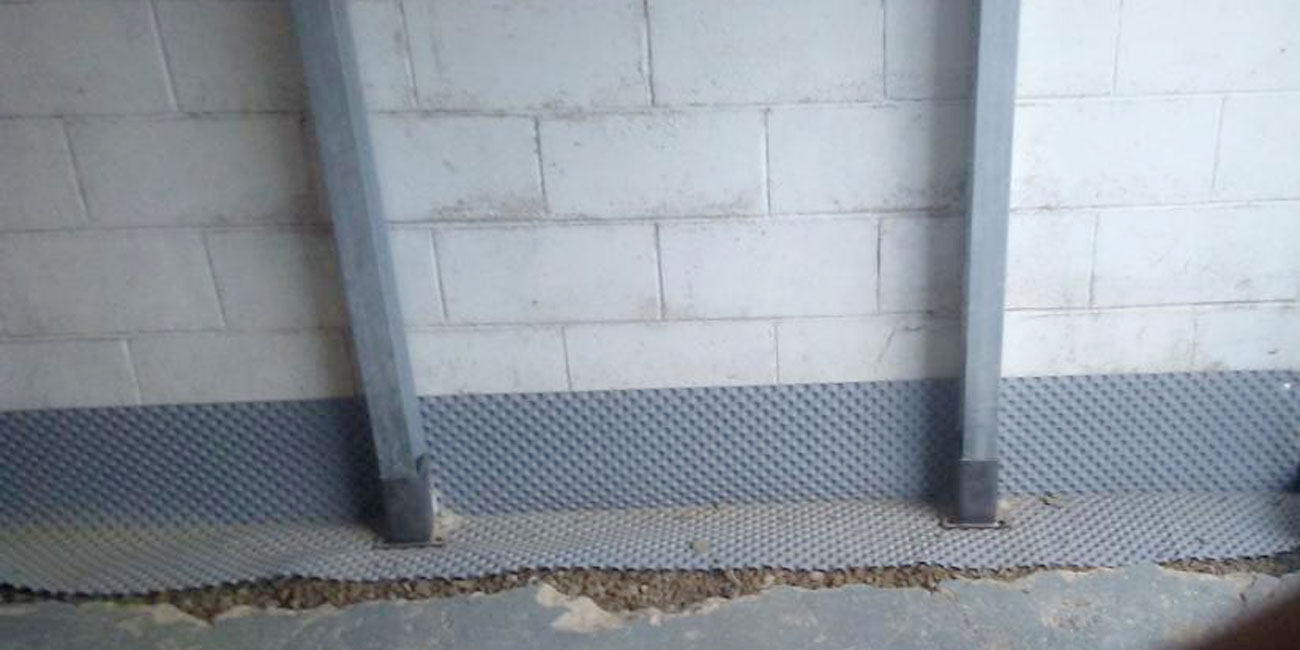 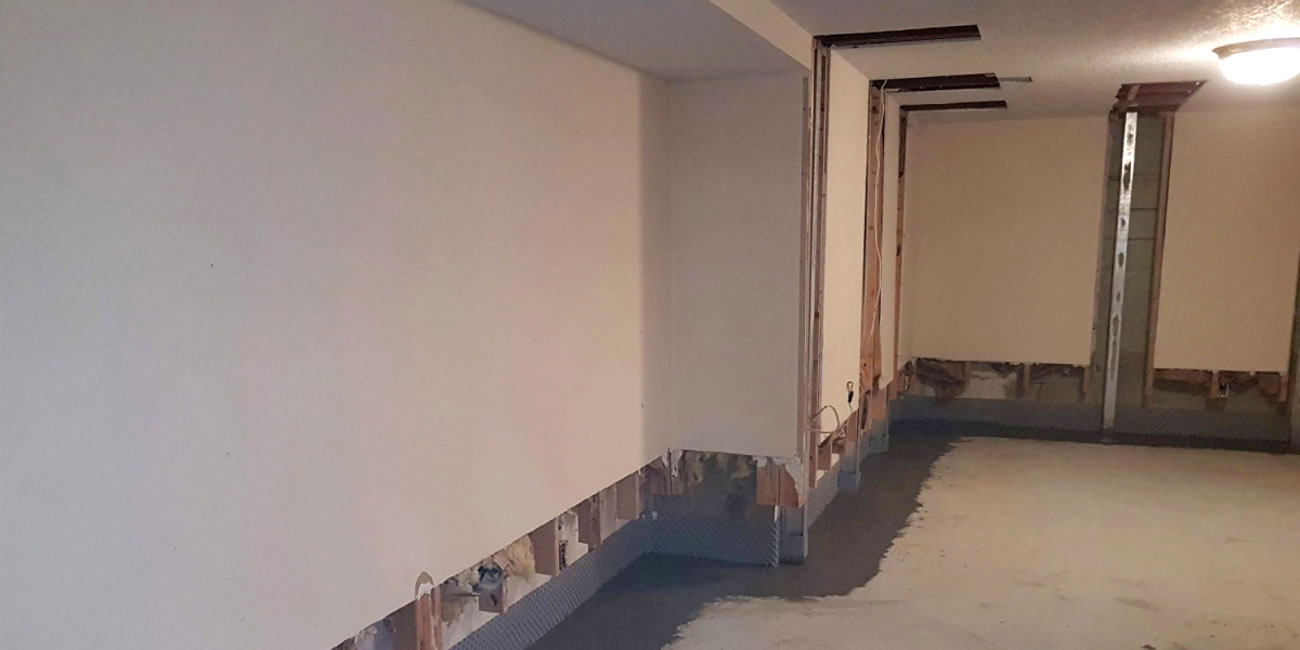 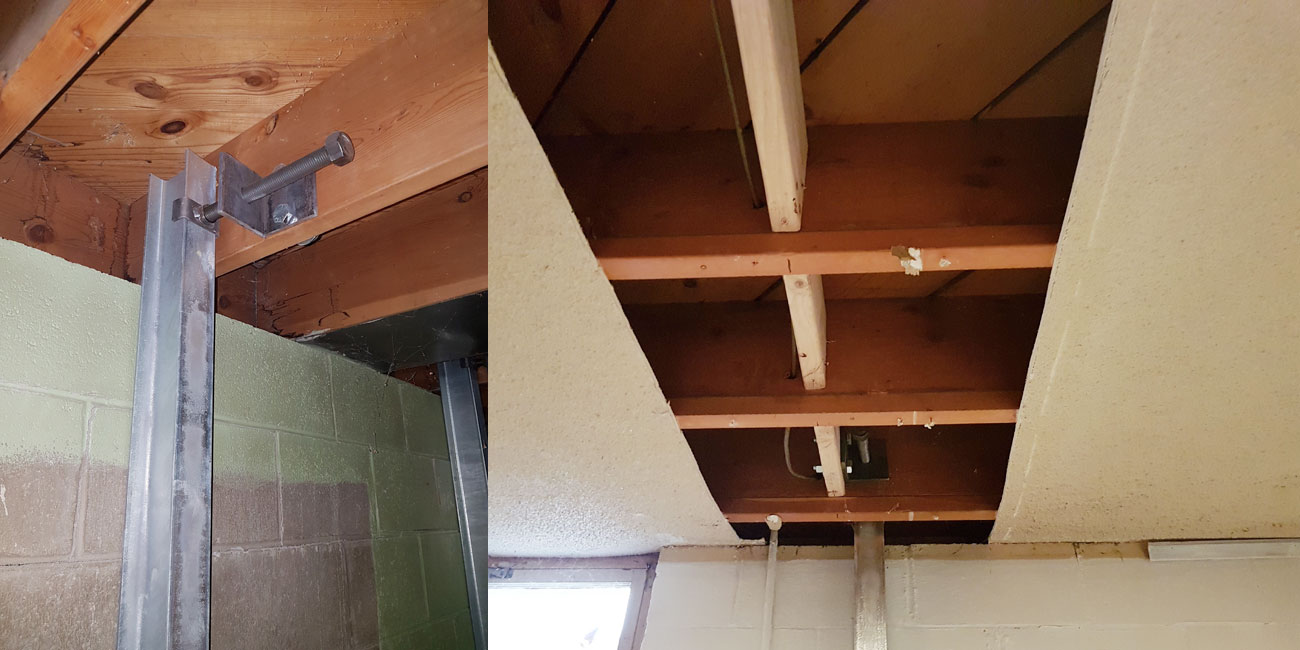 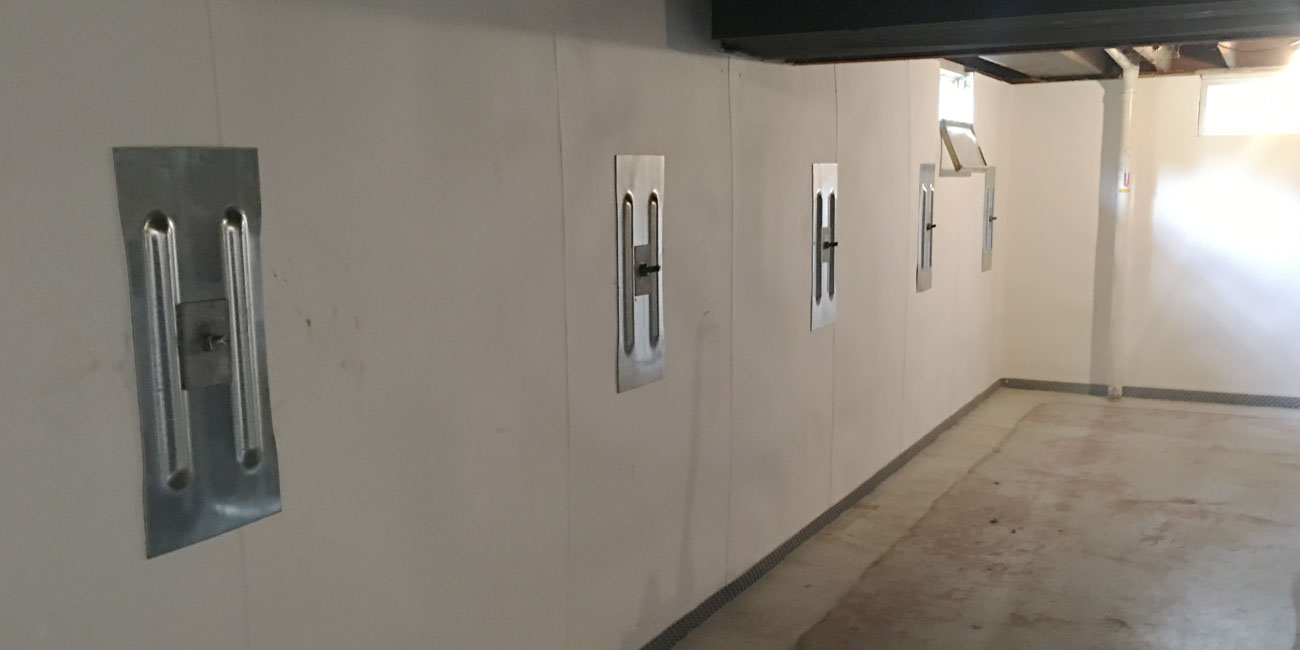 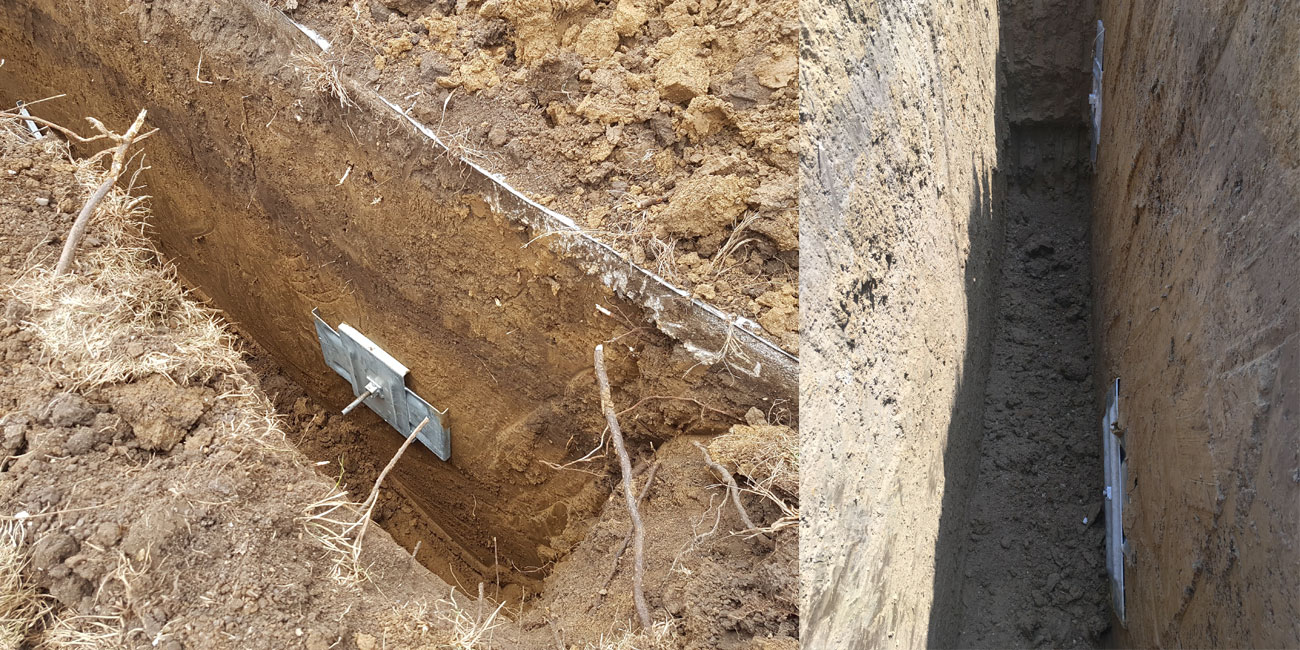 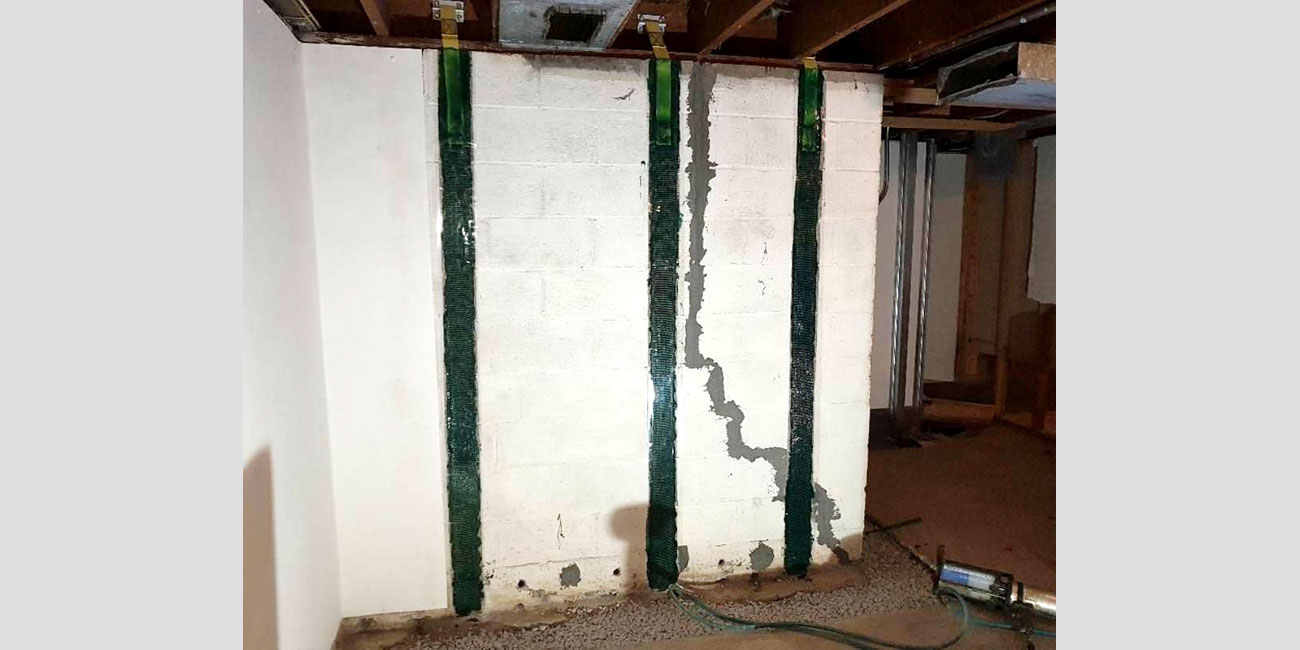 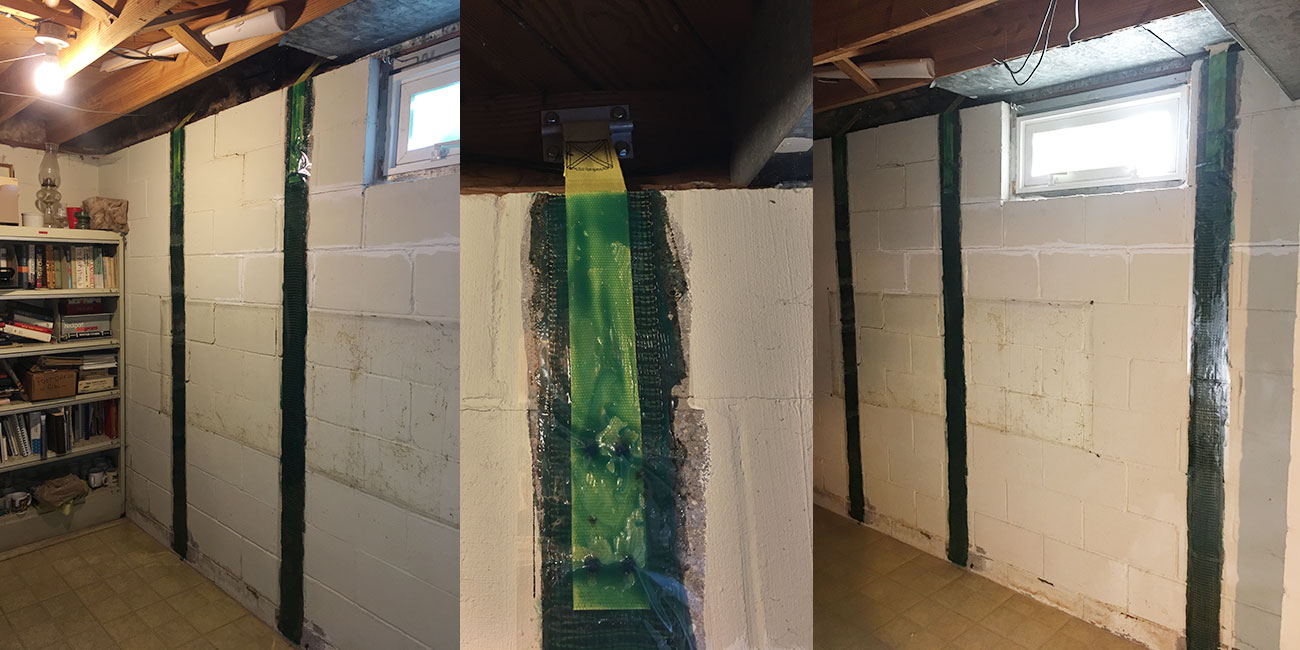 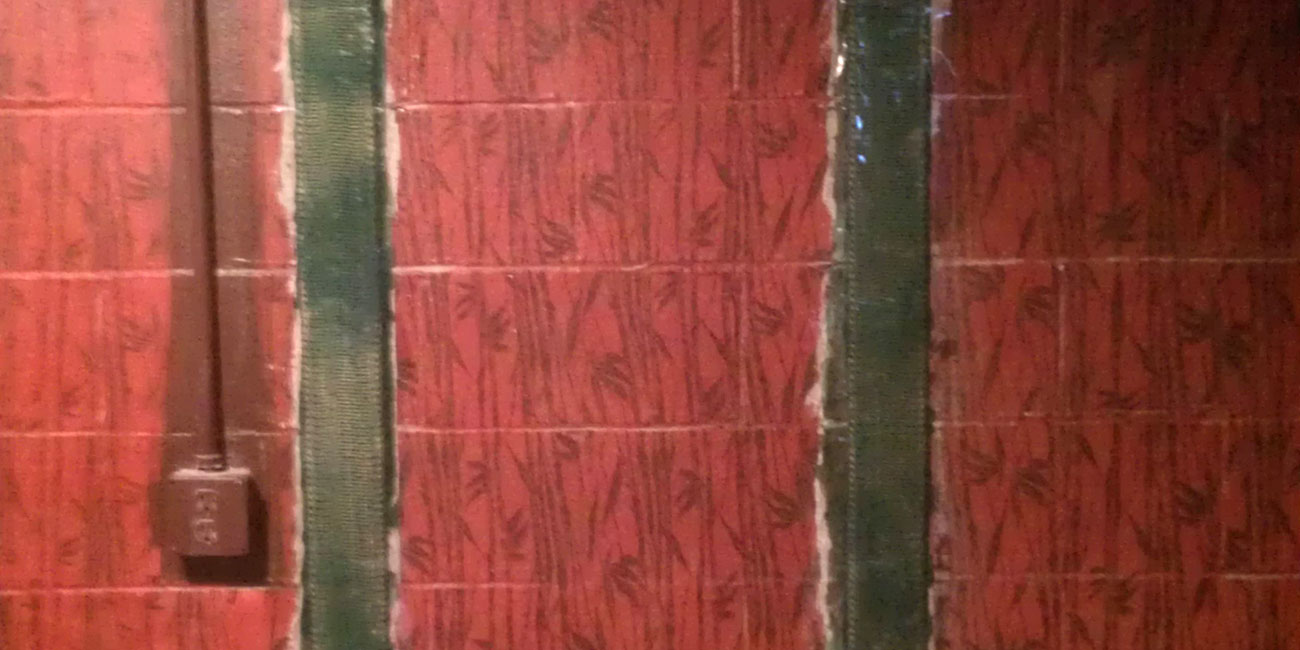 Other Services We Offer

This is the inward movement of the foundation wall due to Earth pressure. Typically this occurs along the middle of the wall, where the wall is the weakest. A horizontal crack at the frost line (near the upper middle) in a cinder block or poured wall usually develops and weakens the wall. Another sign on block walls is stair step cracks on the corners of the walls. Continued expansion of the soil pushes the wall and can eventually lead to severe structural problems resulting in foundation replacement. We offer several solutions to combat bowed walls.

Installation of steel I-beams will strengthen and reinforce the wall so no further inward movement is experienced. I-beams are attached against the wall to the footing usually. Or can be bolted to the floor if there is no draintile system underneath. The beams are secured to the floor joist above the wall using an L bracket with a threaded bolt.  The bolt allows for tightening of the beams, to straighten the wall over time.  Usually in the late Summer months when the soil is drier and more compact is the best time to tighten them.  We can install these no matter which way the joists run in the floor above. Each beam is installed/ modified specifically to your home. The basement walls can still be studded out and finished, but the studs would need to be set off of the foundation wall 4”.

We also offer a carbon fiber/ Kevlar grid strap for structural reinforcement that will prevent further inward movement of the wall. These are great for the customer who doesn’t want to lose any space along the wall. Studies have shown carbon fiber has 10X the strength of steel! An independent engineering firm shows that foundation walls are more than 3X stronger than without them. The patented Fortress Invisibeam is the only pre-cured product that is fully encapsulated in epoxy. Others are simply glued onto the wall and can peel off. Every hole in the grid allows the outer epoxy to touch the inner epoxy forming an epoxy rivet. These rivets act as rip stops preventing the grid from peeling off. In addition, it allows for visual inspection for resin voids and air pockets. These grid straps are very thin, allowing them to form to a bowed wall. They can also be painted over to further enhance aesthetics. The top of the strap is secured to a piece called a neck-tie which is bolted into the wood above the wall. This prevents the wall from “tipping in”.  Fortress calls it a neck-tie, since it looks like a clothing neck-tie. The bottom is anchored into the floor or footing to prevent the wall from “kicking out” at the bottom.  Which could happen on an exposed footing structure.  This product includes a transferrable, lifetime warranty. Invisibeam is the only product of it’s kind to meet or exceed the ICE/ES international building codes. Advantages include a thin profile against the wall. Installation without moving pipes/ wires away from the top of the wall, and speedier install times.

Additionally, we offer a third option to secure bowing /cracking basement walls: wall plate anchors. A plate is installed on the interior of the wall, and another installed outside in the ground far enough away to be secured in the more compacted, undisturbed soil from when the foundation was dug originally. The two plates are joined using a long threaded rod. Over time these can be tightened to bring the wall back straighter, similar to the I-beams we install. If wall shear is present we can install C channel beams instead of plates.  An advantage to this solution is that ceiling and floor obstructions do not matter as this product is installed in the middle of the wall – nothing has to be secured to the floor or ceiling!

Products We Use for Repairing Bowed Walls 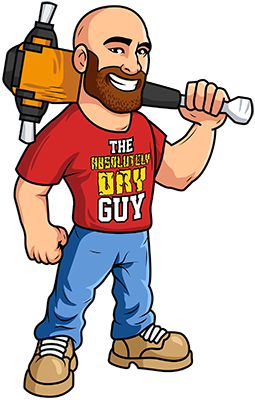